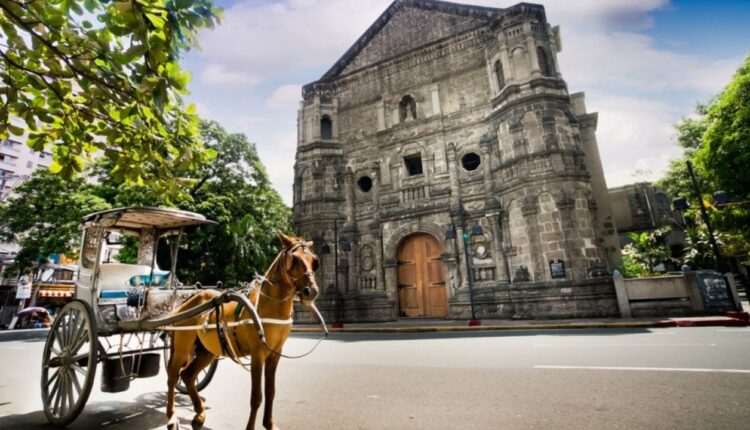 Manila is a densely populated, bayside city on the island of Luzon. It combines Spanish colonial architecture with modern skyscrapers, creating a cityscape that is a mix of old and new. The historic heart of the city is Intramuros, a walled city that is home to the baroque 16th-century San Agustin Church. Also worth seeing is Fort Santiago, a former military prison.

Flights to Manila from Cathay Pacific are widely available so access is not a problem. What you choose to do when you get there can be since there are countless great attractions to consider. To make your choice easier, here are the top ones you absolutely have to visit.

Located in the heart of Manila, Intramuros is home to a wide variety of Spanish-era landmarks. See the stone gate of Fort Santiago, a shrine to José Rizal, and visit the Manila Cathedral with its beautiful stained glass windows and bronze carvings. You can also visit the San Agustin Church museum for religious artwork, and Casa Manila to see Spanish colonial furniture.

The city’s ancient walls are still partially intact, and the rampart is nearly two miles long. A map is helpful to navigate your way through the city and see what’s most interesting. Don’t miss the Manila Cathedral, which was completely reconstructed in 1951. The church’s plaza was once a bullring, but now features a magnificent Romanesque interior.

Despite heavy bombing during World War II, Intramuros is now undergoing a dramatic architectural renaissance. After decades of neglect, this area has seen a rebirth in recent years. In the 1600s, the area was surrounded by enemies, including the Chinese pirate Limahong who attempted to seize Manila from the Spaniards. A resentful population was likely to rebel at any time.

During the colonial era, the area was also home to large educational institutions. Various religious orders established convents and church-run schools here. The Dominicans established the University of Santo Tomas in 1611, while the Jesuits founded the Colegio de San Juan de Letran in 1620. In addition to these institutions, the area also housed the main campuses of the University of City of Manila, the Philippine Nautical Training Colleges, and Manila High School. The port of Intramuros also served as the center of Manila’s galleon trade, which carried goods to Acapulco in Mexico.

Visitors to the Philippine capital should take time to explore the area. A visit to Intramuros is a unique experience that will give you a sense of the Philippines’ rich history and culture.

The National Museum of the Philippines is a government-run umbrella organization that oversees a number of national museums throughout the country. The collections at these museums include visual arts, anthropological, and ethnographic materials. In addition, the museum features a vast array of artifacts that span many centuries and cultures.

In addition to displaying artifacts, the complex houses a number of government offices. The offices were originally in the Executive House, which is located on the fourth floor. In the first two floors, the National Museum is located. In the third floor is the Tanodbayan. The building also features two other historic buildings, the National Palace and the Senate. Both buildings were damaged during World War II, but were rebuilt in 1946. In 1996, the Philippine Senate vacated the building and renovations began.

The National Museum Complex in Manila offers a wide array of educational programs. For example, the museum hosts talks, publications, and interviews that educate visitors about Philippine history and culture. It also conducts various research programs. Touring the complex is one of the highlights of a trip to Manila. Those in cruise ships can even take a private tour of the museum.

In addition to its art collections, the National Museum complex houses the country’s archaeological, ethnographic, and anthropological collections. In addition, there are a number of regional branches of the museum across the country. It has three main goals: to preserve, promote, and disseminate scientific knowledge about the Philippines.

The National Museum of Natural History is another popular attraction. Its iconic building, dubbed “The Tree of Life,” is a dome-shaped structure that represents the DNA of life. It is the third building of the National Museum Complex in Manila.

The San Agustin Church is located inside the historic walled city of Manila. It is the oldest church in the Philippines. It is decorated with ornate interiors and contains many cultural artifacts. It is also a popular wedding location. It is open every day except for Sundays, which are closed for worship.

The structure of the church was inspired by Mexican churches. The exterior features a small courtyard and Chinese-inspired lion statues, and the doors and windows have elaborate carvings. The interior of the church is decorated with baroque-style paintings by prominent Italian artists. It also features century-old chandeliers. The church was listed as a National Historical Landmark in 1976, and in 1993, it was declared a World Heritage Site.

The San Agustin Church in Manila is one of the Philippines’ National Historical Landmarks. It is the third structure to be constructed on the site, and has survived seven major earthquakes and several wars. It is located at General Luna St. and was the first religious structure built by the Spanish on the island of Luzon. The original structure was made of bamboo, and was completed in 1571. However, it was destroyed by fire in December 1574, while the Spanish were attempting to capture Manila.

The San Agustin Church was built on two floors. The first floor houses ivory statues of the Virgin Mary and Jesus on the cross, which date back to the 17th century. The second floor contains many other religious artifacts including paintings, ceramics, and sculptures. The walls are covered with stone and decorated with statues and other artifacts.

If you are planning a trip to Manila, you may want to visit Taal Lake, which is located a little more than an hour away. The lake is an invigorating, scenic destination and relatively close to the city. While the lake itself is not particularly large, it does boast of numerous natural sights and attractions. Moreover, it is accessible through roads that have both a mountainous and coastal feel. While a ride around Taal Lake is an excellent way to spend the afternoon, you may also combine the experience with a trip to Tagaytay, which is also located nearby.

The town of Taal has many heritage houses, including the Galleria Taal, which is a well-preserved ancestral house converted into a museum. Other interesting places to visit in Taal include the Basilica of St Martin de Tours, one of the largest Catholic churches in Asia.

Another place to visit near the city is Tagaytay, which is a quaint city with a cool climate. It is a perfect getaway from the busy streets of the metropolis. It also offers a great view of Taal Lake and a variety of restaurants, cafes, and wellness centers.

After the city, you should also visit nearby Taal Lake and Taal Volcano. The area is about a 2-hour drive from Manila. During the day, you can take a half-hour boat trip or a 45-minute hike to reach the lake’s summit. You can also take a horse-back ride to get around the lake. Though, keep in mind that you must be aware of the fact that the lake is not accessible by rickshaws.

Everything You Need To Know About Private Jet Charter

Benefits Of Hiring A Private Tour Guide: The Unique Advantages To Reap

Everything You Need To Know About Private Jet Charter